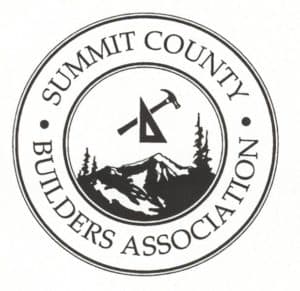 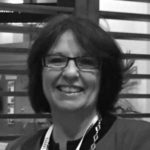 Allow me to introduce myself, my name is Lisa Street.  I began in the hardware industry as a showroom salesperson in Jackson, Wyoming in 1996.  After several years of working in a decorative architectural hardware showroom, I was introduced to Rocky Mountain Hardware.  I loved the product and the clientele associated with such a beautiful luxury line.  I went to work directly for Rocky Mountain Hardware in 1998.  Later I managed and participated in the introduction of plumbing lines into their showrooms.

In 2002, Rocky Mountain Hardware asked me to start up their Hospitality Division.  For three years I traveled throughout the United States major metropolitan areas targeting and presenting to the top 100 architects and designers in the hospitality market.  The experience was excellent and I really appreciated the opportunity to hone my presentation skills.

In 2006 I relocated to Boise, Idaho.  It was at that time I began my own Manufacturer's Representative Agency, Latimer Group, Inc.  I had spent so many years in the luxury products market and really felt at home.  So I decided I would focus my agency on this market.  For the last nine years, I have worked hard to put together a great group of lines that I am very proud to represent and present to you.

In 2016, I merged agencies with Keith Hall Co. to form Latimer Hall & Associates, Inc. Together we have an excellent group of both Hardware & Plumbing lines.

2018 is an Exciting New Year for Latimer Hall.  We have merged with two other agencies, Fine Hardware, Inc. and Bruce Gebhart Sales.  With all this new talent and experience we have decided to change our name to Excel Marketing.  We intend to bring Excellence to all we do as a group.  Please welcome Darla and Bruce to our team.  Now we can assist you with projects that have a price sensitive budget to luxury properties. Together we have a combined 140+ years of experience in this industry. 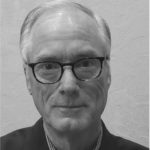 I grew up working after school and weekends in our family hardware store in Salina, Kansas. The store thrived in this small Kansas community over a century before eventually giving way to the arrival of discount superstores.

While attending college, I also worked at a local hardware store and graduated from Kansas State University with a business degree. I began my career as the buyer for the hardware division of Banner Distributing, a large regional wholesale distributor. When the operation was relocated to Arkansas two years later, I accepted a similar position with another distributor in Denver, Eastern Slope Distributing, who sold hardware and paint products throughout Colorado and Wyoming.

Three years later, when the business was purchased, I transitioned to a sales position. I joined a well-established sales agency, Brickell and Associates, selling hardware and plumbing products to home centers and lumber yards. I soon became a partner in the agency and a few years later became sole owner. I formed a service company to meet the needs of an expanding national home center business and continued to sell our independent dealer base. Eventually, as opportunities unfolded, I concentrated exclusively on growing sales. I also served a three-year term on the Representative Council for the National Hardware Manufacturers Association.

Emtek hired my agency in 1998 to represent their company in Colorado and Wyoming. The territory has consistently been a top performer, driven by innovative product designs, great customer service, strong product value and a lot of hard work.

I’m excited to join Excel Marketing and look forward to new opportunities to offer product solutions from the manufacturers we represent to the dealers we work with. 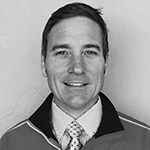 Chad brings enthusiasm and experience to our team. Chad takes pride in offering customer service on a silver platter and enjoys serving clients’ and fulfilling their unique individual needs. He enjoys aligning the right products with his client’s wishes that will add value and meaning to their end product, way of life and quality of life.

Prior to working for Excel Marketing, Chad worked for KSL Radio and Utah Media Group where he honed his customer skills in the competitive industry of advertising. In his work with Utah Media Group he gained extensive and diverse experiences in the Builder/Construction industry working with the Parade of Home and Showcase events in the State of Utah.

Chad has always believed in gratitude and giving back to your community. He has been on 2 community boards and enjoys volunteering in youth sports and organizations. The enduring beauty of the mountains are a daily reminder that he enjoys working with products and offering products that are timeless and reflect the beauty and elements of nature.

Chad grew up among the snowcapped mountains in Utah where he spent his childhood roaming and exploring the local hills and streams. It’s a passion that continues to this day, but now he takes his wife, Kelli, 4 boys and golden retriever, Izzy, along on his adventures. 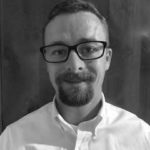 John was born and raised in Seattle, Washington, where he was first introduced to the building industry in high school while working for his mother and stepfather’s plumbing and remodeling business. While working for them, he learned all aspects of the industry, from how to plumb a house to how to run the business.

Later, in his early twenties, John opened another business, Salmon Bay Plumbing and Remodeling, with his stepfather. Shortly after opening the company, John was thrust into running the company full-time by himself. This is where John really developed his entrepreneurial spirit. John saw that he had only one option: succeed. Over an eight-year period, John saw the company grow to twelve employees. The company switched to almost exclusively plumbing, where they saw no job too small or too big. Whether it was re-piping a residential home or a massive six-acre condo complex, John and his crew were up for the task.

After eight years of running the plumbing company, John decided to call it quits and become a stay-at-home father of his two children. His family had settled in Missoula, and later Billings, Montana, where John found employment and interest in the world of politics. He used his negotiating skills that he learned in business to go to work in Helena, Montana, as a lobbyist. There, he realized that his favorite part of this job was the same as that of running the plumbing company, building relationships with people.

Now John is excited to join Excel Marketing, where he can use his business and interpersonal skills in a whole new way. He is looking forward to seeing a whole new side of the plumbing and building industry, where he can apply his knowledge and skills. His main focus will be the state of Montana, where he looks forward to forging new relationships and rekindling some old ones.

In his off time, John enjoys spending time with his wife, two children, and three dogs. He has recently discovered the world of podcasts and enjoys family road trips in their classic VW bus. 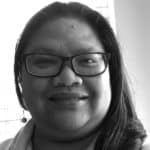 Who would have thought that my English degree would lead me sideways into marketing and advertising followed by a long-standing affection with building materials and design?

My adventure into fine hardware and decorative plumbing began in 2001 working for Rocky Mountain Hardware in their Jackson, Wyoming location as their office/showroom assistant. Two years later, I expanded my horizon by accepting a position as a sales representative for another company that catered to the needs of area builders and homeowners–providing sales and service on appliances as well as cabinetry in addition to the hardware and plumbing products that was already familiar to me.

During that time, I developed a strong interest in design, specifically in the area of kitchen and bath spaces. I was fascinated with this side of the home building industry. Working with respected area builders on their projects allowed me the opportunity to learn as much as I could about home construction. Subsequently, I made the decision to take on the extensive training process of becoming a certified kitchen and bath designer through the National Kitchen and Bath Association (NKBA), In 2007, I started a new phase of my adventure as I set out to establish my own studio, Q Design Solution. Over the next decade, it would be a source of personal gratification as I problem-solved with my clients and brought project designs from concept to completion.

Fast forward to the present. A new challenge presented itself fortuitously to me in the way of a customer service position with Excel Marketing. I look forward to building strong relationships with our partners by using my extensive background in both design, product specification and sales to answer your questions and address concerns you may have. 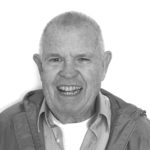 Keith Hall has been in the Hardware & Plumbing industry for over 50 years.

After graduating from the University of New Hampshire, Keith spent two years of active duty in the Navy Reserve on the carrier USS Kitty Hawk and later on the staff of the Carrier Air Wing Division for the Pacific (CAG).

He began his career in the hardware industry when he was accepted into a two-year training program with Sargent Hardware. He spent the next several years representing Sargent in the Boston area and was promoted to Product Manager.

Around this time the West was calling. Keith moved to Denver in the early 70’s. He began his work in Denver with The John Edwards Co, a Manufacturer’s Representative Agency. Several years later he signed an agreement to represent Baldwin Hardware in the Rocky Mountains.

During his 15 years with Baldwin, he added knowledge of the high-end decorative hardware industry, and when Baldwin was sold to Masco Corp, resigned and started Levering Hall and Associates, with Fred Levering, who had also been with Baldwin for 10 plus years To compliment the Rep agency, the first showroom was started , The Baltimore Brass Center and a second location added at a later date, in Annapolis, MD.

L and H Distributing, a wholesale business was started and developed into a national distribution company with a base of 500 plus customers. To complement the above, The Millennium Collection, a Bath Accessory Line, was developed and sold through their showrooms and National Distribution Company!

Keith sold his interest in all except the rep agency, Changed the name to The Keith Hall Co, Inc, which has merged with The Latimer Group, on January 1st, 2016, and is currently operating as Latimer Hall and Associates, Inc.